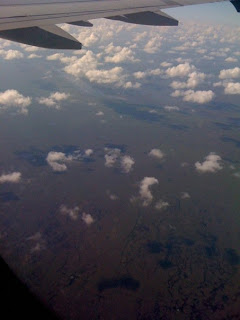 BP Oil: BEYOND POLLUTION by Deborah Dolen (Dolen Syndicated RSS/API) click photo to see aerial photograph from comerical airliner
New York Times has a great updated oil spill traker map.
BP Oil has been frantically dumping a gargantuan amount of Corexit into the gulf against the EPA wishes, not to just disperse oil, but to alter the appearance of how bad the oil spill truly is. The Corexit dispersant causes the oil to emulsify into the water and subsequently not float on the surface to be an eye sore. People cannot get “as upset” about what they cannot see. Like a magician, BP Oil distracts us with the one hand [Top Kill] so we do not notice what the other hand is doing [fish kill.] Corexit is anti-freeze folks.

“BP to EPA: Talk to the hand because the other hand ain't listening”
Excellent Spill Surface Tracker updated daily at CNN http://www.cnn.com/2010/US/04/29/interactive.spill.tracker/index.html
May 20th, 2010 the Environmental Protection Agency demanded BP Oil cease using Corexit products as an oil dispersant. BP Oil ignored them, but why? Researchers at USF scientists said the use of dispersants is causing the oil to be as dense as the water so it does not float. Huge underwater plumes that are miles wide and miles deep, although they have not pegged the source. Essentially a more substantial amount of the oil should have been floating on the water so at least the sun could degrade it naturally, or clean up crews could better contain it.
"The Impact on Marine Life is Death by Suffocation"
BP Oil deprived the interested people and mother nature to better handle this. Sure it would look ten times worse (it is) but adding colossal amounts of anti-freeze to the Gulf of Mexico to manage the oil spill is unconscionable. Furthermore Boone Pickens, on Larry King Live, a man who spent a lifetime on the oil industry demurely noted the “Top Kill” attempt will most likely not work and the true answer is in the relief wells. The relief wells are months away. Until that time “action” labeled events to stop the oil geyser such as “Top Kill” and “Junk Shot” are just words to keep us pacified, distracted and our eye off the ball. The ball being all the horrific amounts of anti-freeze BP oil is dumping right into the Gulf of Mexico.

The impact on all marine life is death by suffocation. Oil and Corexit are loved by algae which grows rampant and takes all oxygen out of the water. BP oil is deliberately suffocating our marine and wildlife so the spill does not “look so bad.” BP Oils hierarchy of needs at this time is to reduce pressure from the press and public even if that means visually making the spill less visible. They have absolutely no ethics at this point and should be moved away from the area allowing objective parties in to handle this.
Another reason BP is not really stressed about their ultimate impacts is that they have reached the billion dollar liability for pollution. Once a company has reached their potential maximum liability per Federal law, does it really matter anymore? Not really. Unless the dropping of the dispersant can be considered a second inde 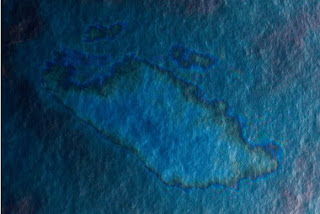 pendent incident, as it is.

Deborah Dolen is an author who lives on the Gulf of Mexico near Long Boat Key. Deborah is shown in the photo with her Dog Ringo by her side over looking the Gulf of Mexico. Ringo was rescued from Katrina, and sent to Plantation, Florida where Wilma hit before Deborah Dolen could go get him. She flew a private plane to get Ringo and drop off supplies for 10 vet rescue centers. Together De

borah and Ringo got through hurricane IKE where they were staying near Galveston Bay in September of 2008. The two got to see the devastation of IKE first hand, as well as Hurricane Charlie when Deborah was staying on that side of the gulf. Deborah Dolen has been through Bonnie, Frances, Charlie, Ike, TS Gabrielle, and Ringo has been through Katrina, Wilma and Ike. They know what weeks without electric and other necessities is all about. You can join Deborah Dolen at MySpace http://www.myspace.com/deborah_dolen or see her RSS Feeds on Twitter http://twitter.com/DeborahDolen or check out her new site dedicated to oil and water environmental issues http://www.deborahdolen.org/