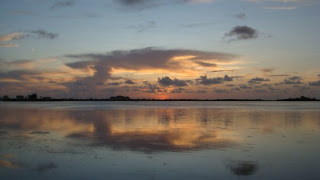 The live feed of BP's Top Kill attempt is here:I often wonder if BP Oil ever really desired a truly permanent oil pipeline shut off. I also wonder if some of the chaos is really “about them” trying temporary solutions when they could have already invoked a permanent one. True, BP Oil officials are upset, but are they upset about the same things we are? Doubtful.

It cost BP a billion dollars over nine years to build and maintain Deepwater Horizon. It is not an old rig at all. According to a victim of the Deepwater Horizon explosion the rig had hundreds of millions of barrels of oil underneath it. If true, that makes a value of the oil underneath over a trillion dollars. Under the Federal Oil Pollution Act of 1990 (OPA) BP Oil is only liable to pay a billion for each incident.

Whoever capped the corporate liability of a crises did the environment no favors and also never factored in inflation since the Exxon Valdez oil spill. Was a cap necessary? No. Disasters are disasters because no one expects them. So, how could we ever know the true damage of any disaster before it happens? But thanks to the 2000 OPA plan BP Oil officials know their maximum risk is a billion and they have already reached it, technically. After you reach your maximum exposure do you care to do anything but save the golden goose?

BP Oil officials do not live on our gulf and they do not care. We are letting the fox guard the chickens and we must have other experts in there who are objective to stop the oil flow. My vote is to get all BP Oil interests out of that area. This may have always been the real problem. It does seem like the BP Oil’s position is “if the dolphins are hungry, let them eat cake” because dumping massive amounts of bitter-sweet Corexit is going to be accepted as cake.

Corexit is propylene glycol which is known to us as anti-freeze kills countless animals a year who mistake the sweet potion for water. I hope the anti-freeze they are using to disperse the oil is considered another pollution incident because it is and could have been avoided and it is deliberate polluting of our waters. I had been sympathetic to BP Oil long after my colleagues were yelling ”Boycott BP Oil.” If BP Oil was paying the bill why would we want to choke their profits needed to pay the tab? Because they continue to poison our waters and I now “get it.” All of the money in the world is no

t going to fix the damage they deliberately still engage in.
Deborah Dolen is an author who lives on Sarasota Bay in Florida. Photo on the left is Deborah Dolen with her best friend Ringo, over looking the Gulf of Mexico. Ringo is a Golden Retriever she adopted from Katrina.